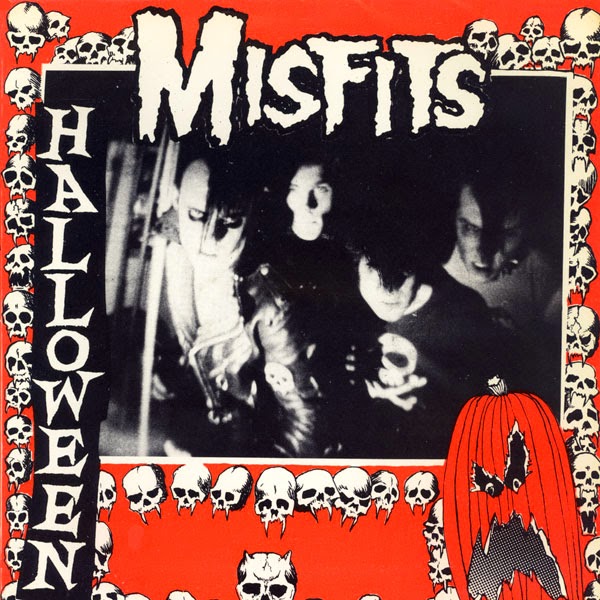 You had to know this was coming.

This Day Anything Goes
Posted by Dr. Drunk at 8:00 AM No comments: 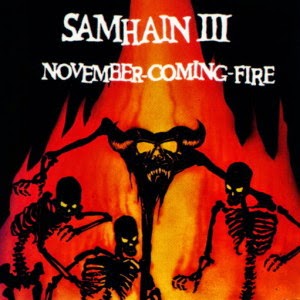 Besides being a pagan holiday and of course a world class cricketer (seriously!) Samhain was of course Glenn Danzig's horror metal band that followed the Misfits original demise. Personally, I always liked them although I do think our hero Glenn might've taken it a little too seriously. Here's their 1986 release and the last release before their break up. A posthumous cd was released a few years later, and of course Glenn and bassist Eerie Von went on to minor super stardom after that. I don't mind Danzig's first couple releases, but this stuff is so much better.

V/A - Songs For The Witching Season 7" 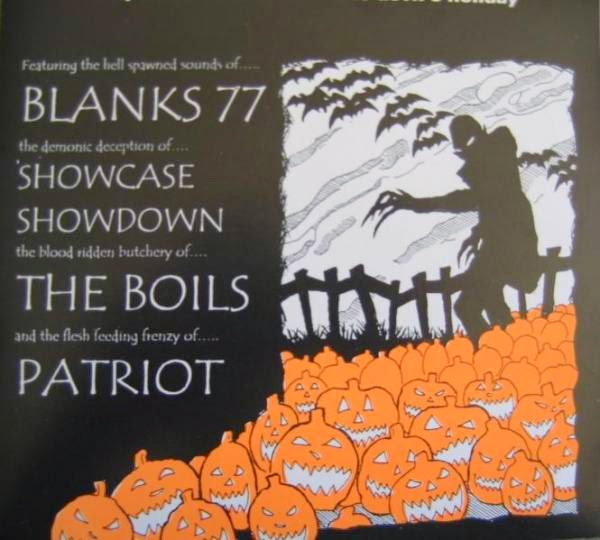 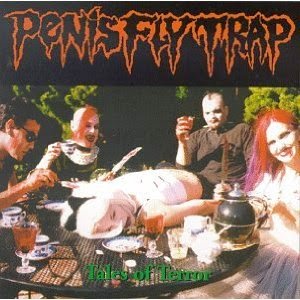 Since I posted all the 45 Grave I have HERE, we'll jump all the way to the late 90's and Dinah's "comeback band" Penis Flytrap. They brought the same tongue-in-cheek horror lyrics with a more updated, heavier sound. Enjoy, and if anyone happens to see my ghoulfriend hanging around have her give me a call. 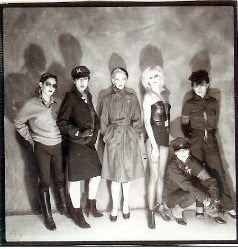 Let's end the weekend with a couple releases from bands featuring my long time girlfriend Dinah Cancer. Granted, she doesn't know she's my girlfriend and would probably be more apt to knock her own teeth out with a hammer than be seen with me, but I digress.

Castration Squad was a spooky all-girl group featuring not only Dinah, who went by Mary Bat-Thing then, but the legendary Alice Bag as well. Hell, there was even a Go-Go in the mix. Creepy fun.

No Mercy For The Dead

Siouxsie And The Banshees - Once Upon A Time/The Singles 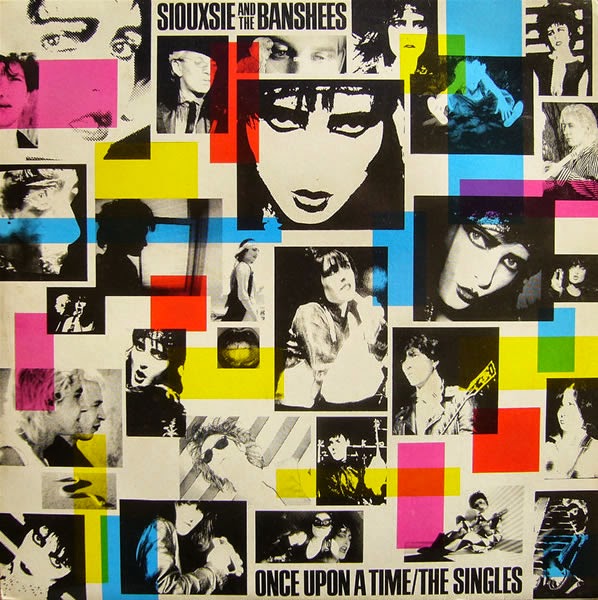 OK, I might lose a few of you out there today, but dammit I like this release. A collection of tracks from (obviously) their 1st 9 singles, as well as one album track. I really think every one of these songs is great. Screw you guys! 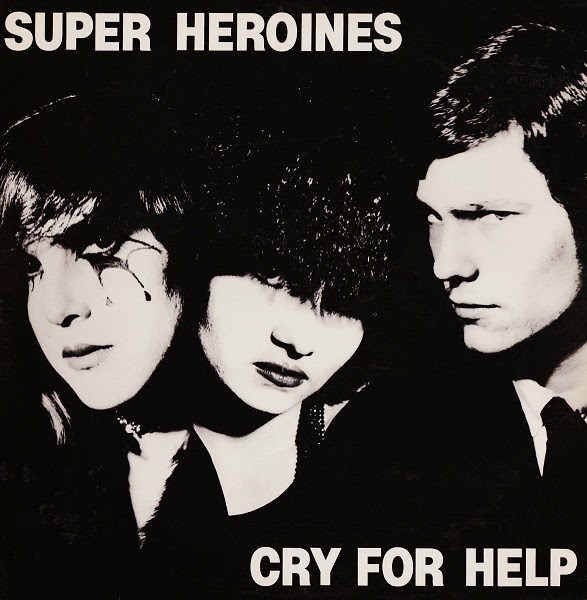 I first heard this trio on the great Hell Comes To Your House comp. I loved their track Death On The Elevator. Although this 1982 full length debut didn't quite live up to what I had hoped it's still a solidly depressing goth punk release.

Remember To Die, Remember To Cry
Posted by Dr. Drunk at 7:45 AM 5 comments: 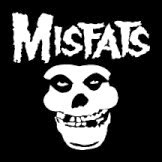 And finally, we have the worlds FATTEST Misfits tribute band. Unfortunately I wasn't able to discover this band until they hung it up. I posted this quite some time ago but feel it deserves a repost. Immensely entertaining cover tunes changed with, of course, food related lyrics. Sadly, there are only 4 and a half songs, all great. If you'd like, for some extra entertainment follow this LINK. It has all the Misfats lyrics.

How about a bonus post or two today? Since Wednesday is Misfits Day, and since I previously posted a Misfits cover song project howzabout we listen to a couple Misfits tribute bands? 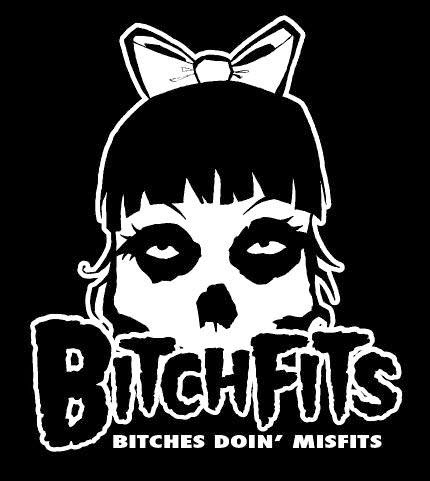 First up we have the all girl tribute band from New Jersey, The Bitchfits. 5 pretty good renditions. Apparently they had another release called 'Hate Is Your Mistress'. Anyone have that by chance? Got two links now! Thanks to both François and the Col. 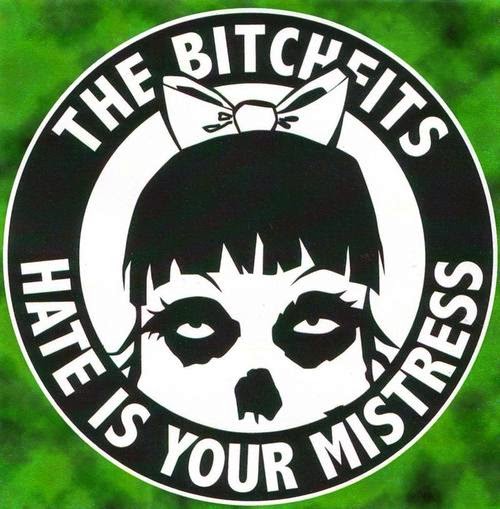 Next Stop Annihilation
Posted by Dr. Drunk at 8:49 AM 3 comments: 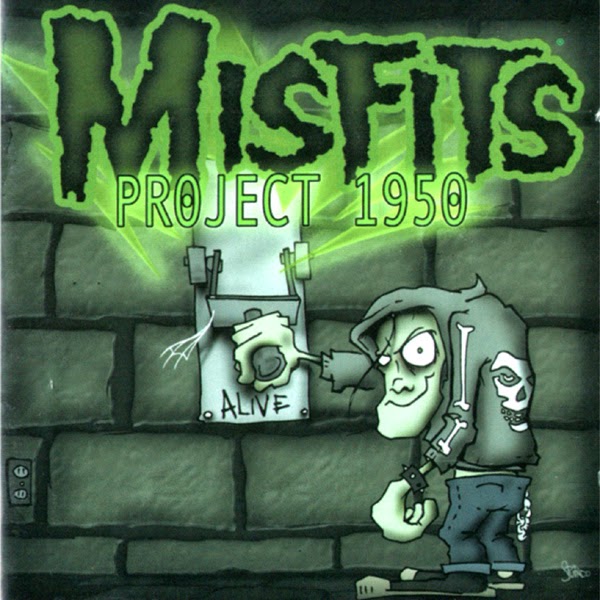 By 2003 Jerry Only stood as the lone original Misfit. But he managed to recruit punk stalwarts Dez Cadena and Markey Ramone for this cover song project. Tunes from the 50's and 60's delivered with the typical Misfits panache.

It Was A Graveyard Smash
Posted by Dr. Drunk at 7:19 AM No comments: 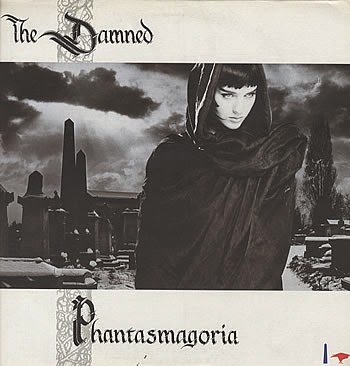 Some time in the early 80's the legendary punk band The Damned moved towards a darker, slower goth sound. Here's their 1985 release. Not sure how much I like it, but I do like it.

Dancing Devil Knocking On My Door
Posted by Dr. Drunk at 7:10 AM 3 comments: 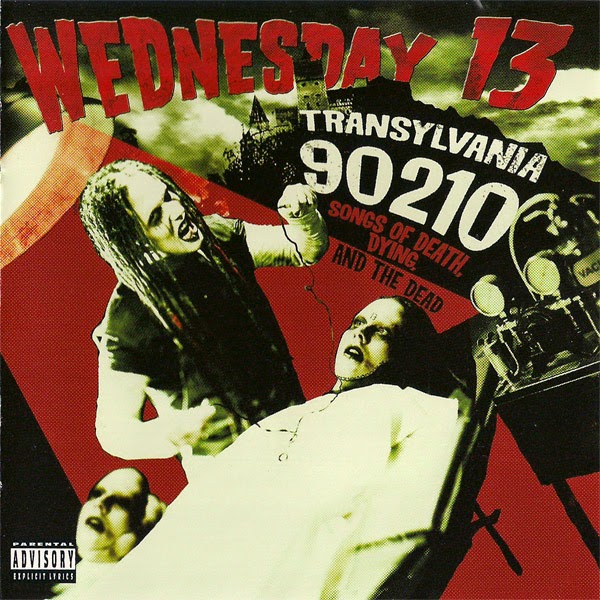 2005 saw the first release of the band Wednesday 13. And for the last 10 years they keep pumping out releases and touring. Of course this hasn't stopped Wednesday's penchant for side projects. These include the outlaw country (yes that's correct) Bourbon Crow and a glam punk partnership with Todd Youth as Gunfire 76. As for today's post, it's a perfect continuation of the horror punk style we've come to know and love.

I Want Bad Things To Happen To You
Posted by Dr. Drunk at 12:58 PM No comments:

Murderdolls - Beyond The Valley Of The Murderdolls 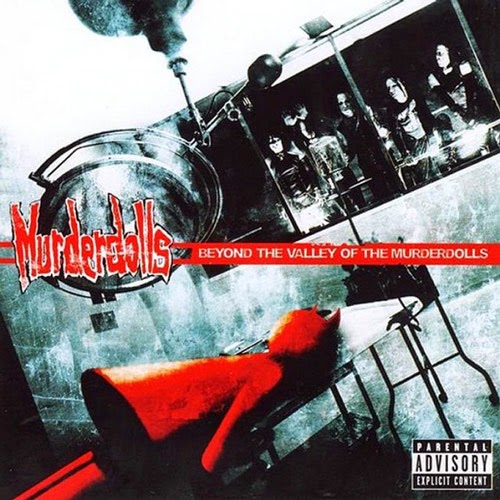 Around 2002 Wednesday 13 got together with a guy from Slipknot and others to form the Murderdolls. They only lasted a couple years before their initial break up, releasing this cd in 2002. Many of the songs were originally released by Frankenstein Drag Queens but the versions on this release are considerably more powerful. The band reformed for a short stint around 2010 and released one album before calling it quits for good.

I'm Homicide On Parade
Posted by Dr. Drunk at 12:49 PM No comments: 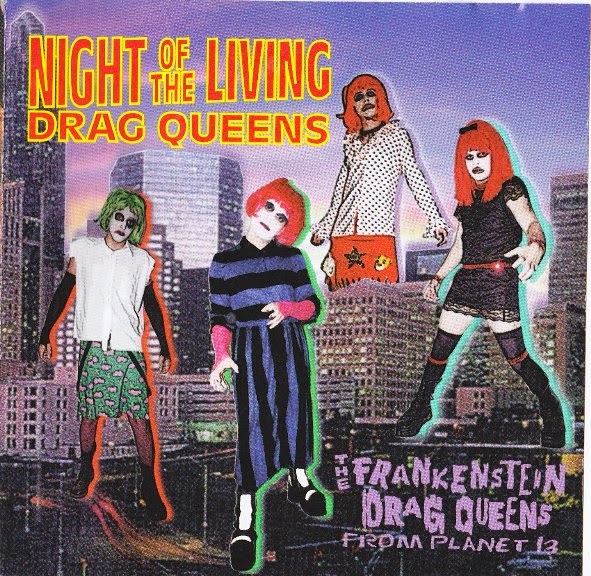 This weekend we're going to take a quick trip through some of the highlights of the spooktacular Wednesday 13. In 1996 Wednesday formed the Frankenstein Drag Queens and released several albums between then and their demise in 2006. This is their second release, from 1998. Excellent horror trash.

Don't Try None Of That Halloween Shit With Me
Posted by Dr. Drunk at 7:23 AM 1 comment: 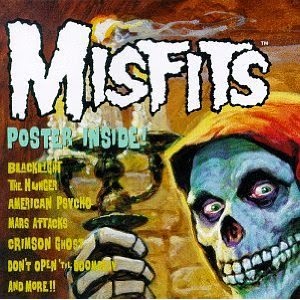 The Misfits original run ended in 1983. Legal battles ensued. Finally, in the mid 90's they were reborn. This time with Michale Graves singing. They had a few releases before chaos struck again. This is the Misfits re-debut, from 1997. I think it works quite nicely.

Don't Open 'Til Doomsday
Posted by Dr. Drunk at 7:33 AM No comments: 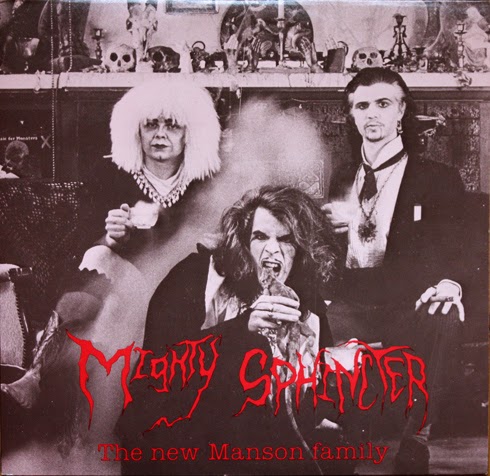 More desert weirdness from the bowels of Phoenix. From 1986. 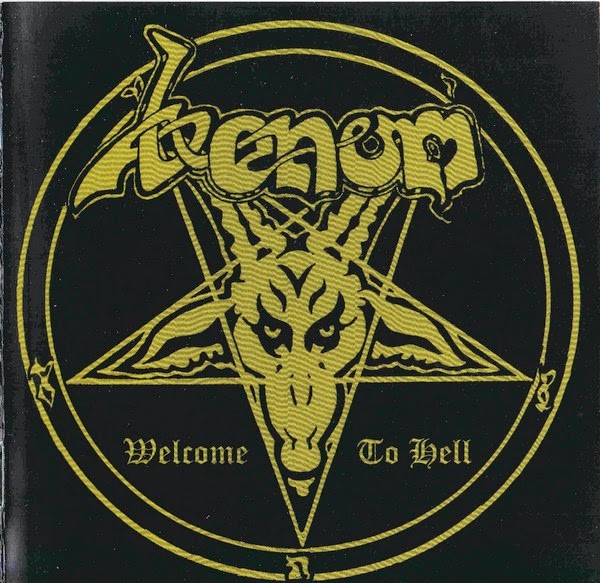 Black Metal gods Venom have always been a guilty pleasure of mine. Here's their 1981 debut, but as the 2002 Deluxe reissue, with a bunch of extra darkness.

Mayhem With Mercy
Posted by Dr. Drunk at 12:26 PM No comments:

Oh yeah, we got some serious shit today! I gotta say, I was never a huge fan of this kinda thing so never really searched it out. Then I read the book 'Lords Of Chaos'. Wow! These guys take this shit seriously! And by the way, I strongly recommend that book.

So first up we've got the Pure Fucking Armageddon sound of Norway's Mayhem. Often credited as the originators of the Norwegian Black Metal sound, this is a pretty heavy EP. Well worth a listen. And how can you not fall in love with a song called 'Chainsaw Gutsfuck'?! 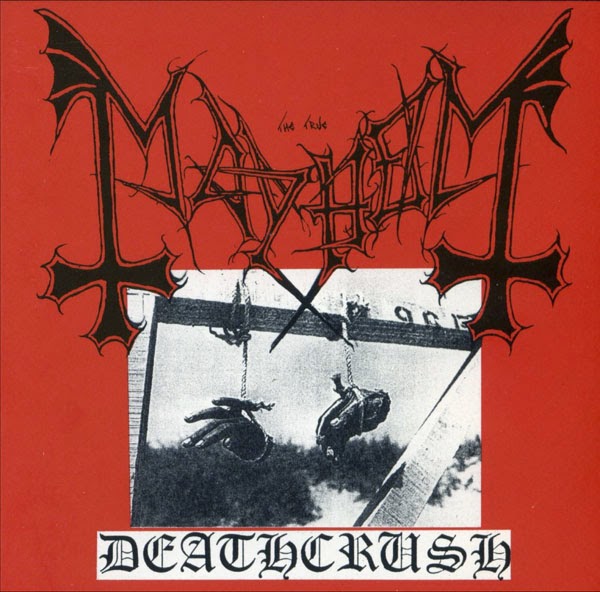 
So, why did Mayhem break up? Well, when your bassist is arrested for murdering you guitarist and band leader that sort of thing tends to follow. Before Varg Vikernes was playing in Mayhem he was releasing stuff as Burzum. In fact he continued this project from prison as well. So here's the Self-Titled debut. A little much for me. I tend to lose interest as it drags on. 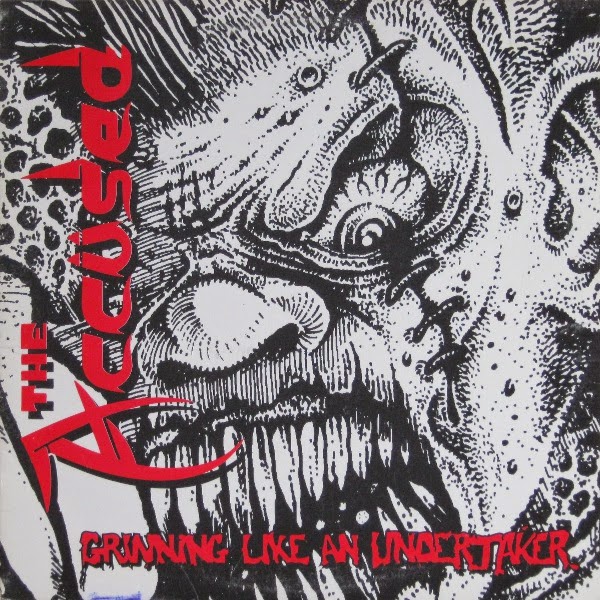 By this release in 1990 The Accüsed fully embraced their punk metal Splatter Rock sound. I still prefer their hardcore, but this ain't bad. 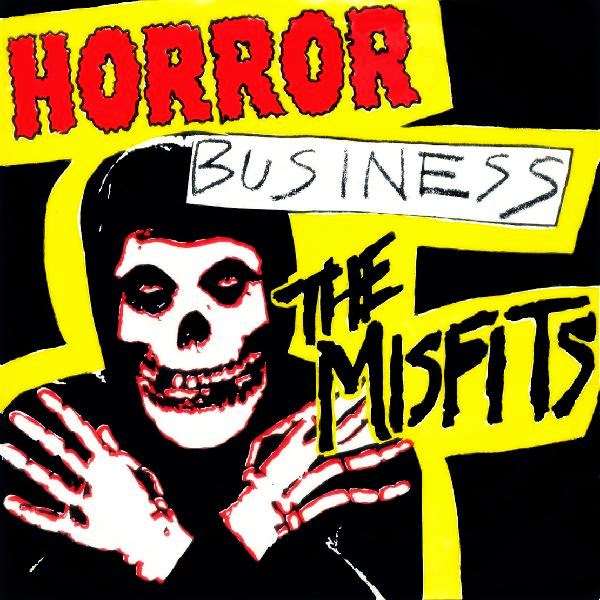 By the way, Wednesday is Misfits Day this month. And this week we have this 1979 7". Sure, two of the songs appeared on last weeks Beware, but whadaya want?! 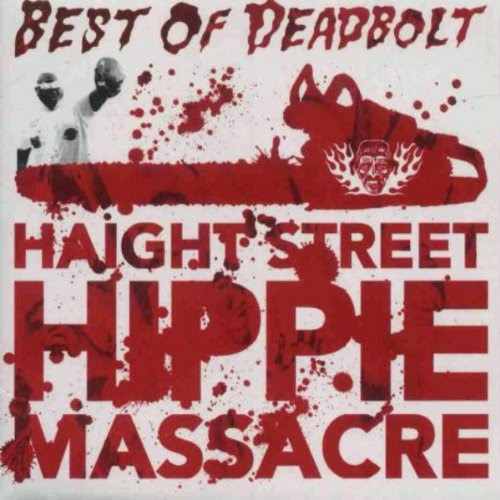 Well, I gotta post the scariest band in the world this month, right? Here's a Best Of collection from San Diego Voodoo Kings Deadbolt. It features a solid collection of some of their best tracks up to that point as well as some new tracks and even a couple tracks from their 'western surf' side project Strangers 1800.

Where would goth be without Christian Death?  Horror legends. Here is a great EP and a good LP. I believe both were released in 1984. 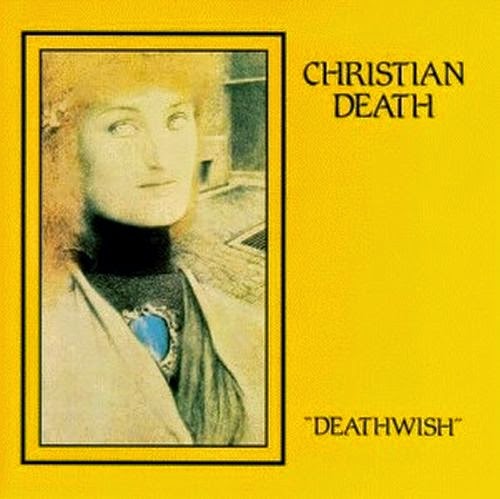 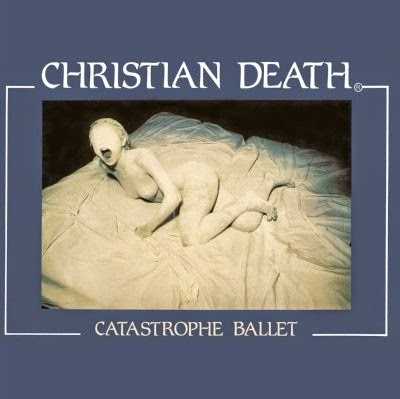 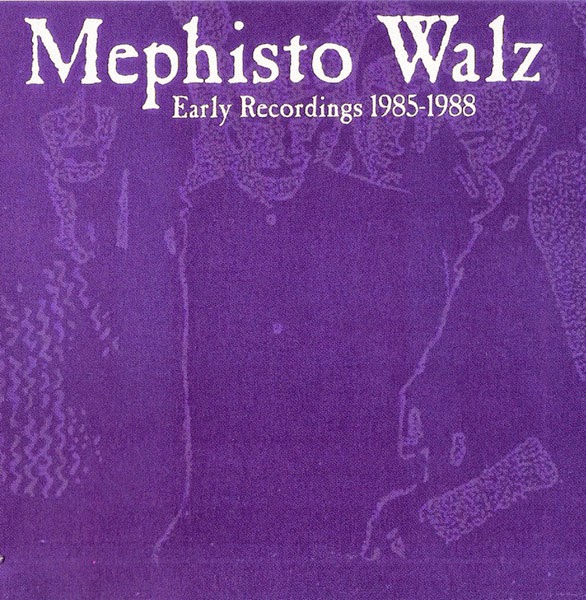 So,  try to listen to all the releases I post before I actually post them. I figure that's a good way to listen to lots of music. And from time to time it gives me something to write here. I tell you that so I can tell you this, I know nothing about the band Mephisto Waltz, but I do know it's not the best soundtrack while making a somber drive across the American West. But that's not why it was made in the first place. So that was my fault. 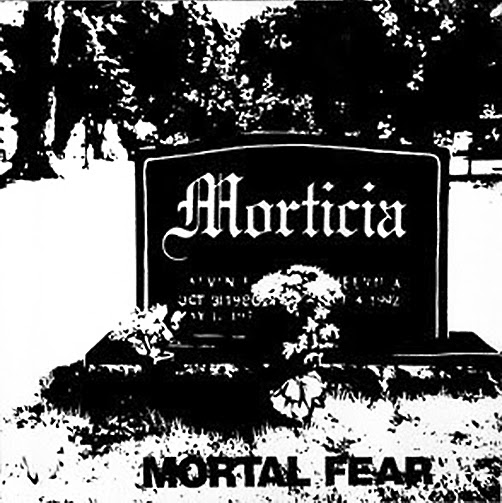 No this isn't a solo effort from the hauntingly beautiful Mrs. Addams, this is a goth outfit from the dark side of Minneapolis. I really like this. Sure there's goofy gothiness, but it manages to maintain some punk too.

Christian Vices
Posted by Dr. Drunk at 7:52 AM 1 comment: 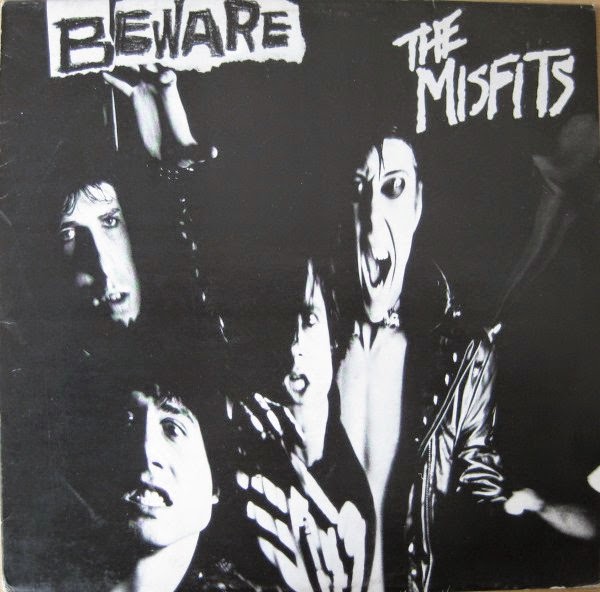 So, we're doing creepy horror stuff this month so, SURPRISE! It's the Misfits to kick it off. Love 'em or hate 'em, this is a classic slab. Boo!

We Need No Introduction
Posted by Dr. Drunk at 2:30 PM 7 comments: