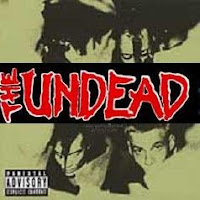 Quick history lesson. So, way back in 1980 the Misfits began recording what they planned to release as their first full length album. During the sessions original guitarist Bobby Steele was fired from the band and replaced by Jerry Only's brother Doyle. That turned out to be the first shot in what became a decades long punk rock legal battle, and feud. In 2001 Caroline records  cashed in by releasing an unauthorized version of the sessions they called 12 Hits From Hell. That made sure the feud was kept red hot. In 2007 Bobby recorded the tunes with his band the Undead. Not sure how our old pal Glenn reacted to that, but I'll bet I can guess. So here's original Misfit Bobby Steele's take on the infamous tunes.

Bitchfits - Hate Is Your Mistress 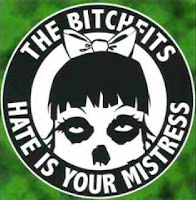 I've posted this one before, long ago, but it's fun so I'm doing it again. The all girls Misfits cover band from New Jersey.

Collect The Heads Of Little Girls And...
Posted by Dr. Drunk at 7:11 AM No comments: 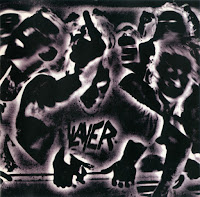 I'm gonna go out on a limb here and say we all remember when this cd was released. Either you loved it or you hated it. By 1996 I had finally grown to appreciate Slayer for the powerhouse that they truly are. So I was clearly on the side of loving this cd. I think there's some great song choices here. Thoughts? 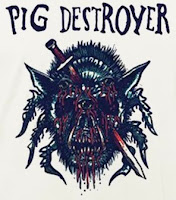 Well now here's a pleasantly named band. Pig Destroyer is a grindcore band out of Virginia. In 2012 they released an album titled Book Burner. Included with the deluxe edition of that release was a 7 song EP called Blind, Deaf And Bleeding. Full disclosure, I neither have, nor have heard the Book Burner LP. I did however, stumble upon the bonus EP somewhere along the way, and it RIPS! Can't really speak to the band as a whole, but they had some great influences! 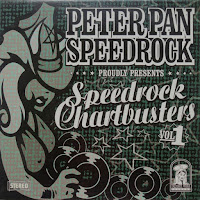 Peter Pan Speedrock is a pretty intense outfit out of the Netherlands. They were founded in 1995 and apparently split for good last year. Too bad, really. This 2002 release is a collection of some very interesting and diverse cover tunes. From Butthole Surfers and Turbonegro to the Misfits and Led Zeppelin. Great stuff

Live Fast, Die Young, And Leave A Beautiful Corpse
Posted by Dr. Drunk at 7:19 AM No comments: 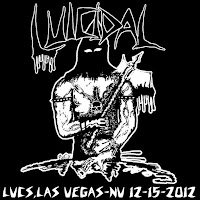 Luicidal began when brilliant early Suicidal Tendencies bassist Louiche Mayorga got together with another early ST member, drummer R.J. Herrera. They began in 2012 playing tracks from the first three Suicidal albums, on which one or both played. Since then they've released an album of originals that pretty much revives the Venice glory days. Here's a bootleg (I think) from a live show in 2012.

One of the many projects that kept Al Jourgensen busy was this band of industrial misfits. Here we have their 1989 single featuring a very interesting take on Olivia Newton-John plus a maddening 10 minute loop. Next there's their 3 song single from 1993, which includes a fantastic Rod Stewart re-working. 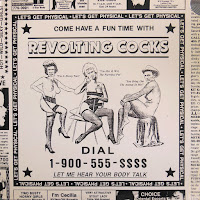 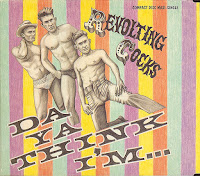 Another guy that always knows the perfect way to choose a song to rework is our old friend Al Jourgensen. The first collection, released in '08, pretty much lays waste to 70's rock. The second, from 2010, continues that theme but also attacks tunes from other eras as well as a couple re-mixed originals.The great thing about Al and his co-conspirators is that they can take the most innocuous rock song and turn it in to a heavyweight industrial classic. Enjoy very loudly! 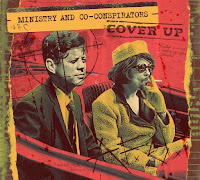 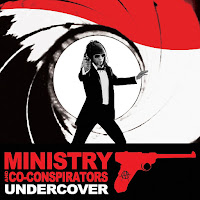 Let's have some fun and kick off this weekend with the great Manic Hispanic. Here's their full length debut from 1995 as well as an early 7". 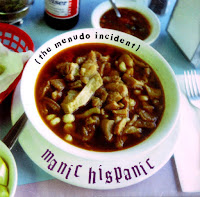 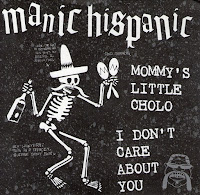 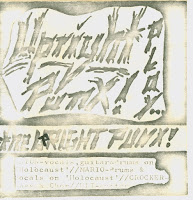 I always loved Germany's Upright Citizens. That said, I had no idea this tape even existed, until a couple months ago when I stumbled across in over at the great "hardcore punk" blog. So, I don't have much back story. Apparently it was released in the bands very early days, 1982. The sound is sometimes very rough, which leads me to believe that it might just be the guys learning how to become a band by playing some of their favorite tracks. Whatever the story, this tape is a collection of some great late 70's and early 80's tunes. 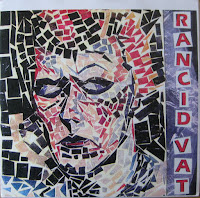 Another quick Sunday offering this week. This time from the great and powerful Rancid Vat. In 1994 they decided to pay tribute to Mr. David Bowie. From the liner notes:

A good friend told me that if we really wanted to show our respect for your great music that we shouldn't come within a mile of splattering one of your songs with the legendary RANCID VAT slop-brush... Well David, we didn't chicken out... 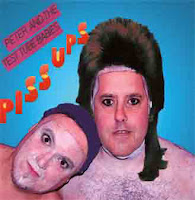 Regardless of which group of test tube babies are with him, Peter has kept going for close to 40 years. This 2012 release is an entertaining collection of tunes in the key of TTB.

You're The Devil In Disguise
Posted by Dr. Drunk at 12:36 PM No comments:

Killdozer - For Ladies Only 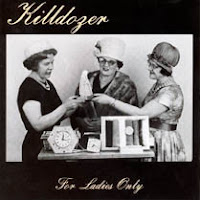 I always thought some of the best covers to come out of the punk scene came from Wisconsin's Killdozer. They always tried to choose at least one cover for each release. And in 1989 they put together this 'all covers' release, to the delight of millions (give or take). An absolute classic. Bom bom bommmm! 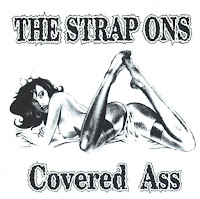 Spend My Whole Paycheck On Some Old Wreck
Posted by Dr. Drunk at 7:14 AM 2 comments: 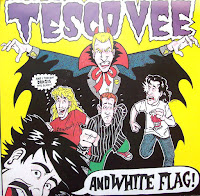 Just a quick single today, but it's a good one. White Flag, fronted by some guy named Tesco, belt out a Blue Oyster Cult deep track and a Black Flag classic.

What's The Good Hate, Potentate?
Posted by Dr. Drunk at 11:26 AM No comments: 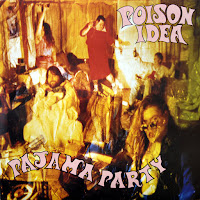 Let's have a Saturday Night Pajama Party! Courtesy of the great Poison Idea. The Kings of Punk also had a knack for finding great tunes to cover. They put out this collection in 1992. As expected it's heavy, in more ways than one! 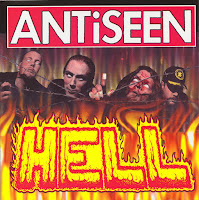 One of my favorite things was always hearing the interesting cover versions bands would come up with. So that's where we'll turn our attention this month. Because in June, we Gotcha Covered.

Even though we're turning the page on our southern fried month we are kicking June off down south. The Boys From Brutalsville always had fun choosing covers. This was originally released as a 10" EP in 1994 and included 8 great cover tunes.  Well, Steel Cage Records got hold of it in 2001 and re-released it with a whopping 24 tracks. Mostly covers, with a couple originals sprinkled throughout.