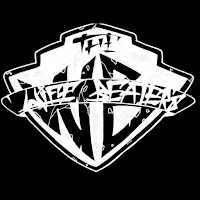 We end the month with some old school hardcore from a new school band. My limited, and mostly unsuccessful research has led me to believe these guys got together around 2006 in Baldwin Park, Ca. The demo sounds right out of 1984, though. No frills here. Just 10 quick jabs to the side of your head.

Oompa Loompa Doom-Pa-Dee-Do
Posted by Dr. Drunk at 7:05 AM No comments: 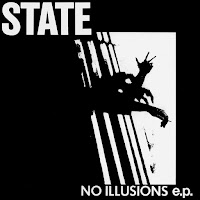 Here's yet another band I don't recall ever hearing of way back when. Damn shame. These Michigan boys ripped. This 1983 7" is packed full of the good old Hardcore sound. A GREAT listen!

Girl Violence Took Me By Surprise
Posted by Dr. Drunk at 11:04 AM No comments: 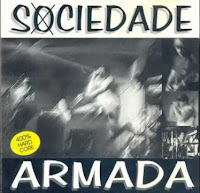 And speaking of powerful stuff... These boys from Brazil "Bring It", as the kids say. Reminds me of early Suicidal in a way. 29 short blasts that equal exactly 400%.

Megalomaniacos
Posted by Dr. Drunk at 10:58 AM No comments:

I seem to remember there was this blog run by one of the guys in Social Decay. On it was posted lots of stuff from the band. I can't seem to find it now. But I really think that's where I got this from. But, like alot of other stuff I've posted this month, it somehow got filed away before I even listened to it. From what limited research I've done they band apparently released "Sick Society" in several different forms. This is I believe a demo, cassette release, from the late 80's. There's also some live tracks on the back end. New Jersey hardcore with a metal edge. Pretty powerful stuff.

Slap Of Reality - Stuck Inside 7" 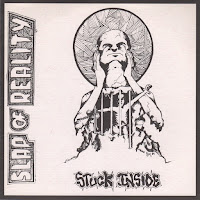 What we have today is late 80's melodic hardcore from Tampa, Florida. No surprises, but not too bad.

Rememberance
Posted by Dr. Drunk at 7:21 AM 2 comments: 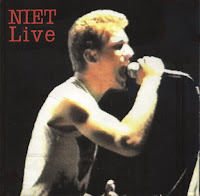 I do remember finding this release when I was searching for Eastern Bloc punk bands for my "world tour". Niet formed in Slovenia in 1983. This CD, released in 1995, is from a couple live shows from 1985. Well worth a listen. 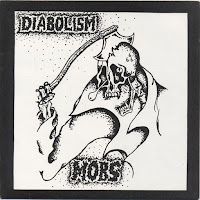 If you've actually read any of my nonsense you've undoubtedly picked up on the fact that I LOVE 80s' Japanese hardcore. Well, imagine my embarrassment when I found this hanging around. I had no idea this was a band from Japan. Damn. What you get is exactly what you'd expect. Full on power!

Chaos And Violence
Posted by Dr. Drunk at 11:24 AM No comments: 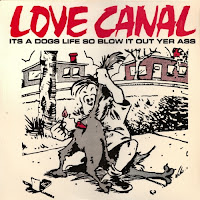 Love Canal came out of mid-80's Orange County. I remember hearing of them but don't remember actually hearing them outside of a couple comp tracks. Well, somewhere along the way I downloaded their lone full length and up until last week I still hadn't actually heard them. Another bummer for me, because this is/was a good hardcore band. 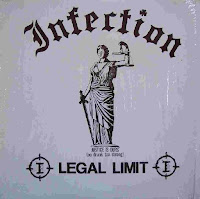 This short 10 song LP delivers pretty much late 80's "paint-by-numbers" NYHC. The catch: They're not from New York, they're from Delaware. Good stuff if you're in that kinda mood.

United & Strong Against Society
Posted by Dr. Drunk at 7:12 AM No comments:

The Gloryholes - Want A Divorce 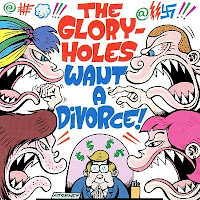 I've got a couple Gloryholes releases on my hard drive. Still never knew anything about them. And after this fresh listen I'm not sure if I had ever listened before. Too bad, because this is a very entertaining album. And here's a little of what I learned about the band:

Seattle punk rockers the Gloryholes mix the snotty drive of old-school punk rock with the hooks and attitude of garage rock, and the result is a high-energy onslaught suitable for teenage vandalism or dancing the pogo.

What's not to like? I don't know why they'd want a divorce. They sound like they're having fun. 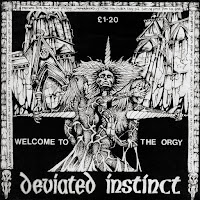 Cancer Spreading
Posted by Dr. Drunk at 12:19 PM No comments:

Demise - The Essence Of Shit 7" 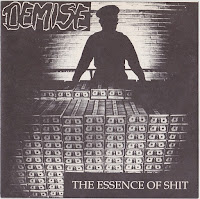 I had never heard of this early 90's hardcore band from Wisconsin until I started the blog. One of the guys was nice enough to send it by email. Sadly that was MANY BEERS ago and I can not credit him by name. But, if you're still reading, I do appreciate it! What is the essence of shit? 4 damn good hardcore tunes, that's what. 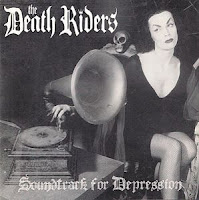 When I rediscovered this release in my collection I assumed I was going to hear typical Psychobilly. Not exactly. That element is certainly there, but there's also a 'gothic rock' feel throughout. Kinda like they started as a psychobilly band but then decided to try to make some money. 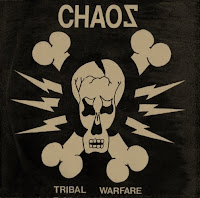 Not sure if I had ever listened to this one. I've seen it listed there for quite some time. Right near Chaos U.K. and Chaotic Dischord. But I really don't recall ever listening before now. What you get is full on UK82. Good stuff.

Can't Take No More Pressure, No More
Posted by Dr. Drunk at 1:44 PM No comments: 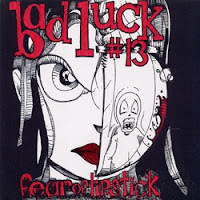 Another one I know nothing about. I know they were from Canada. And the record sounds straight out of 1977, although it was released in the mid 90's. 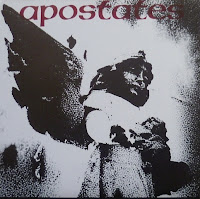 Ok, no more long-winded stories this weekend. Just the music. Not sure where I found this one. The Apostates hailed from the lower East Side in the very late 80's. The internet tells me that not long after this 1991 release they veered off into a more dark, goth sound. As for this release, it's a slower English punk feel to me. Good, but certainly not overpowering.

Trapped In A World That's Burning With Hate
Posted by Dr. Drunk at 7:23 AM No comments:

Story-time again today. The setting is again quite some time ago. As with most young punks, tape trading was always the best way to hear new stuff. My brother and I continued this practice well into adulthood. But, while I was always a bit anal retentive with the stuff I sent him, he often just sent shit. I was lucky to have a band name in some cases. This is one of the cases in which all I had was a band name: Ancient Chinese Penis. I enjoyed the tracks a great deal but ultimately it languished on cassette until a couple years ago when I finally moved it to my computer. After a brief search for band info came up empty I kinda forgot about it. But while digging last month I rediscovered it and decided to post it. I figured I'd do one more search for band info. To my surprise up popped not only a complete band bio, but downloads of all their releases (two). The site: Terminal Escape. The author: an actual member of ACP. So check out the Wizard's blog for all band the info and further downloads. I'm only posting their Envy Demo today because it turns out that is the release I had on that cassette. And just so we're clear, since no covers were available I created the hauntingly beautiful artwork seen above myself. Don't blame the band for that nonsense! For now, enjoy early 90's Oklahoma fun punk.

Erma Bombeck Where Are You?
Posted by Dr. Drunk at 7:15 AM 4 comments:

The Almighty Trigger Happy - I'll Shut Up When You Fuck Off 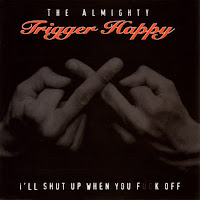 So, a long time ago I stumbled upon emusic, the digital music store. I discovered they had a fair amount of titles I thought I might be interested in. I also discovered that at that time way back when they were offering unlimited free downloads for an initial time period. Needless to say I raped and pillaged that site, downloading title after title only to disappear into the night before an actual paid subscription began. They have since changed their policy to limit initial free downloads. I'd like to think I helped them make that decision!
Anyway, this album was one of those ill gotten gains. The Almighty Trigger Happy (or just Trigger Happy) played speedy melodic hardcore throughout the 90's. For me it toes the line between good and bad. It seems to me the attitude doesn't match the music. Gotta love the title, though!

As we enter Leap Month I've decided to do something I haven't actually done in quite some time. One of the by-products of being a download addict is that there's always new music to listen to. A problem with this is that from time to time there are downloads that get filed away without getting their rightful turn in the rotation. So, I spent a little time last month digging through some of the dark corners of my hard drive and have come up with a collection of releases that, for one reason or another, I haven't heard in a long time. And in some cases, perhaps have never heard at all.
The theme for February: What's This, Now?
Posted by Dr. Drunk at 7:02 AM 1 comment: