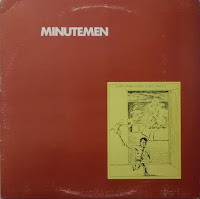 We end the month with the Minutemen and their second "full length", though still fairly short. I liked, and even owned a couple of their early 7"s back in the day. But to be honest I never really appreciated them. How damn foolish! The Minutemen were a GREAT band. 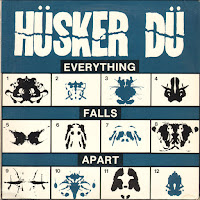 Let's end the month with a couple classic releases from a couple legendary bands. First, here's the 1983 release from the Minnesota legends. What else is there to say?

Stukas Over Bedrock - Back To The Stone Age 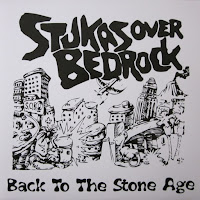 I have no idea what the Germans had against the Flintstones. I'm also not sure if this was the same battalion the Dickies spotted over Disneyland. Apparently the nazis hated our cartoon characters. At any rate, I've always had a soft spot for funny punk. And these guys fit the bill. This is a 2007 collection including their 1984 7" and lots of other goodies.

Doggy Style - Side By Side 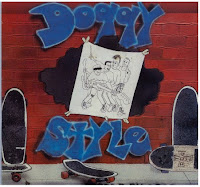 How are you going to do it?
I used to love this LP back in the day. That is, except for the track 'Donut Shop Rock'. Damn I hated that tune! Still do. In fact, it almost prevented me from even posting this. But that would be silly. It's still a great skate album. And lots of fun. No need to let one bad apple (or in this case a bad donut) spoil the bunch. (boom boom tap boom boom)

Ok, we comfortably settle back into 80's hardcore now. This Madison, WI outfit never had a proper vinyl release, but this is an entertaining demo... from 1984.

Stand Together
Posted by Dr. Drunk at 7:01 AM No comments: 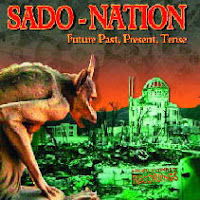 Well, here's another band that started life as a 70's punk band. But, where Rhino 39 dipped their toes in the 80's hardcore sound, Sado-Nation did a full on stage dive. Started in the late 70's, they definitely got early influence from X (the band, not the letter). By 1983 they were real comfortable with the hardcore style change. This is another great Grand Theft Audio release that has all their early stuff and even a few really cool turn of the century tracks. Great listening. 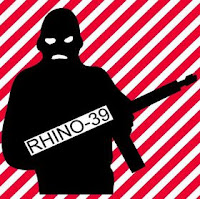 So, the theme is 80's hardcore. And today we have what is often regarded as a 70's punk band. But, I think they can fit comfortably here. I always thought Rhino 39 was an interesting band. Never was sure what to make of them. At any rate, here's pretty much their entire recorded output in one nifty little 2007 release. 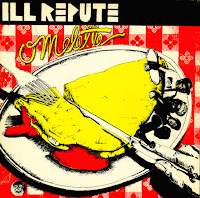 Because my friend Lewdd is so damned awesome I can now post this great release from Ill Repute. Their collection of comp tracks and other goodies originally released in 1985.Nardcore, baby!

We're All Clean Cut American Kids
Posted by Dr. Drunk at 9:29 AM 1 comment: 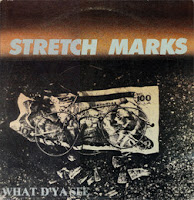 Here's the second, and sadly final, release from Winnipeg legends Stretch Marks. Maybe it's not quite as good as their first 7" (which was always a favorite), but it's still a pretty damn good slab o' wax.

How Much Can This Young Man Take?

Flag Of Democracy - Down With People 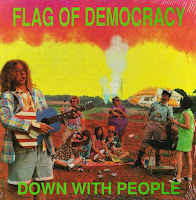 F.O.D. began in the early 80's as a ripping fast hardcore outfit. As the 80's turned into the 90's they began moving towards a more melodic (but still fast) "post hardcore" sound. This 1990 release seems as though they weren't able to make up their mind what sound thy wanted to go after. As a result it can be a bit uneven. But still worth a spot in your collection. This is actually the cd release which includes their "Eight Love Songs" 7" which was actually a re-release of their debut 6 song "Love Songs" 7". Confused Yet?

Teenage Godhead
Posted by Dr. Drunk at 7:10 AM 4 comments:

Christ On Parade - Sounds Of Nature 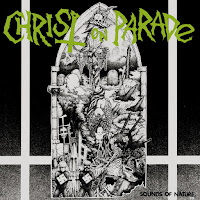 Now here's a record I absolutely loved back in the day. I never actually owned it, but has a tape a friend made me. Well, over the years, as is often the case, it was lost. And quite honestly I had never really thought of it until I stumbled across some of their stuff a couple months ago on a more reputable blog. And I fell in love all over again. Great stuff. And this is the re-release with a bunch of bonus stuff on the back end. 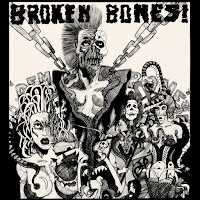 When brothers Bones and Tezz originally left Discharge in 1983 they formed Broken Bones. Why they got tired of the D Beat thing I don't know, but they quickly proved they were just as adept at straight ahead hardcore on this debut full length. 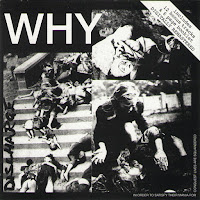 It is my firm belief that we've shaken the "death curse" today. To my knowledge there's been no early members of Discharge that have passed yet.

I actually chose this release because I should have been able to see the latest incarnation of the band live by now. But sadly, visa issues have delayed the US tour. By the way, I strongly urge you to throw down a couple shekles for their latest release, 'End Of Days'. A very powerful blast featuring brothers Tezz and Bones as well as a suitable early Cal sound-alike on vocals. It'll take you back, guaranteed.

So anyway, here's the bands debut full length. Actually it's a re-release which includes their first three 7" releases as well. Why post this one instead of just the original? Because it's fucking Discharge!! And more Discharge is always better! 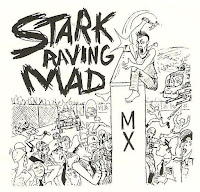 Stark Raving Mad were born in early 80's Houston, but spent time in SF and NY as well. Lightening fast thrash-core on this 1984 debut.

Yes I already planned on posting this today.
Yes I decided to do some research after realizing what I did the first four posts this month.
Yes their original drummer Steve Hershon od'd in 1995.

Sacred Denial - Life's Been Getting To Me 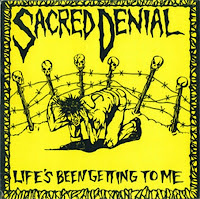 So, I intended on posting Ill Repute's 'Omelette' release today, but upon further review, my file is corrupted. Any chance of someone out there hooking me up with this?

Anyway, I decided to pop this baby up instead. Sacred Denial was a hardcore band out of New Jersey that I always enjoyed. This is their debut, from 1985.

Any wouldn't you know it, after a brief investigation I'll be damned if I didn't learn original (and only) bassist Anthony Machovsky died in 1998. I'm honestly not doing this on purpose!

Vandals - When In Rome Do As The Vandals 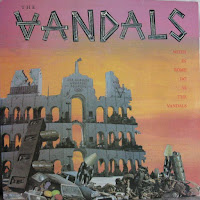 File this under "How The Hell Haven't I Posted This Yet?!?" The Vandals classic second release, from 1985. And the last to feature the vocal stylings of Stevo. Stevo passed away in 2005, so that makes 3 posts in a row with death notices. Honestly not an intended theme. Just the way it worked out this time.

White Flag - S Is For Space 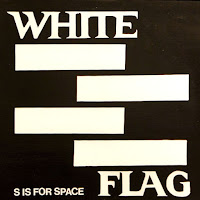 White Flag originated sometime around 1982 and kept their punk flame burning basically non-stop. That is, at least until the untimely death of punk legend Pat Fear in 2013. Not sure what the future holds, but the past still kicks ass. Here's one of their earliest releases.

I know I just said yesterday we were going to do nothing but have fun from now on, but I would be remiss were I to not begin by paying a small tribute to the legendary figure we lost last month. Mr. John Stabb.

I think the best way to do this would be to post Government Issue's two best releases: Complete History Volume 1 and Volume 2. Not a damn dud in the bunch! 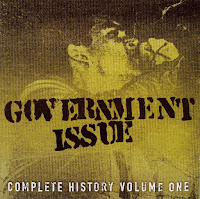 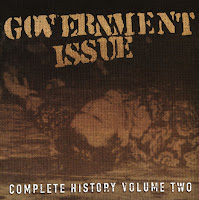