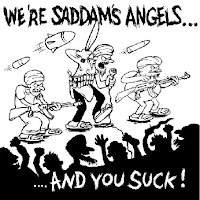 Black hoods aren't just for executioners and terrorists. Saddam's Angels were a gang of legendary punk terrorists that got together in 2005 and cranked out some hardcore classics.

El Duce - Slave To Thy Master 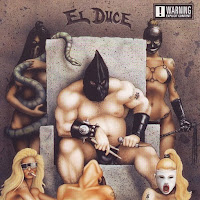 El Duce certainly earned his spot in the annals of music history. Or at least the "anals" of music history. El made a go of it in the 90's without Sickie Wifebeater and Dr. Heathen Scum. Unfortunately it just lacks the (donkey) punch of the Mentors. Still, entertaining.

I'm An Ungroomed Lover
Posted by Dr. Drunk at 8:01 AM No comments: 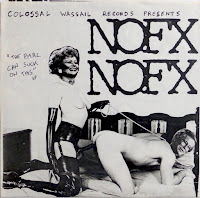 NOFX tends to purposely offend those that don't agree with them. And they have alot of fun doing it.

Shut The Fuck Up Already
Posted by Dr. Drunk at 7:10 AM No comments: 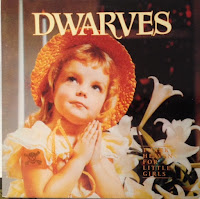 The Dwarves certainly do what they can to offend. Be it with violence, nudity or an unnerving predilection towards young girls. And don't forget, he's Blag The Ripper. 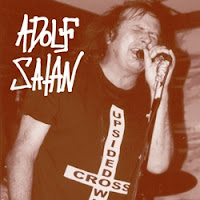 Nunfuckers - Dead And On The Floor 7" 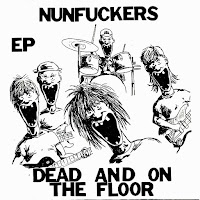 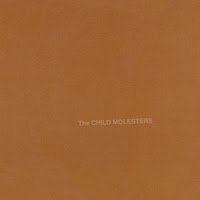 I'm guessing a band name like The Child Molesters would be considered offensive. But don't worry, their songs are too! Scuzzy late 70's/early 80's punk rock. 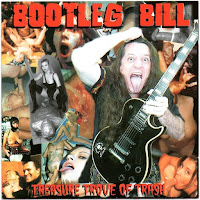 One Man Confederacy
Posted by Dr. Drunk at 7:39 AM No comments: 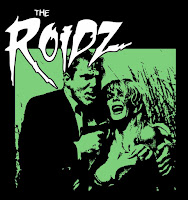 To be honest I wasn't aware of the Roidz way back when. However from what little I've found on the web it seems they were quite the Florida scum punk legends. Here's a "best of" comp that I believe was made by the dude that ran the now inactive Steele Grinder blog. Described as a collection of all their demos and such. Great and rude!

Meatmen - Pope On A Rope 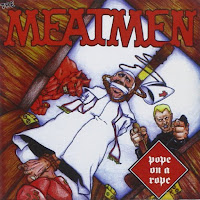 The mighty Tesco Vee and his Men O' Meat blessed us with this slab in 1995. And the world became a slightly better place.

I Fucked Your Wife, Gimme Some Wine!
Posted by Dr. Drunk at 10:23 AM No comments: 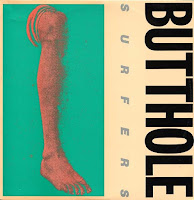 So, the Butthole Surfers never were horribly offensive. Obnoxious, Yes. But nevertheless they've been generally perceived as offensive. So they are included here. Their 1986 release which is one of my all time favorite "long drive" recordings. I always try to make sure it's packed. 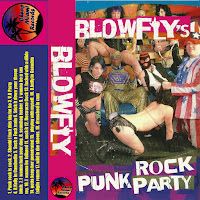 Something a little different today. Clarence Reid, A.K.A. Blowfly, began his career in the 60's writing hit songs. Then in the 70's he became the Original Dirty Rapper, rewriting popular songs with sexual lyrics. A friend of mine turned me on to him long ago in high school and I've loved him ever since.

In 2006 the world was blessed with this treasure. Blowfly giving new life to punk and new wave classics.

I was lucky enough to see him with ANTiSEEN during their 2008 'Gray Trash' Tour. By chance does anyone have the split single released for that occasion? I'd appreciate it.

And finally, this release was originally a CD on every bloggers nightmare Alternative Tentacles. However, the version I present here is the cassette release from Cheap Miami Records. I suspect this link won't stay very long. So when/if it disappears do yourself, and Clarence, a huge favor and go buy your own $5 copy HERE. 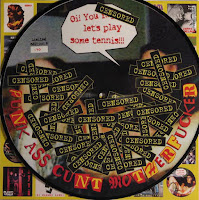 Dirty scumbags from Australia and Finland team up for this piece of obscenity, released in 2000. 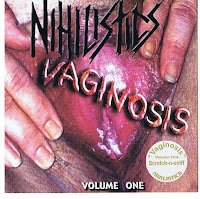 Now, I even find this album cover offensive. The Nihilistics have stood atop the New York trash heap for quite some time. And, just like herpes, they come and go but never really go away. Here's some live recordings from the 80's. 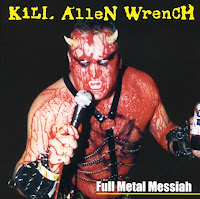 Today we have the second release from Satan's minion, Allen Wrench. Although not quite as catchy as their first release it's still quite entertaining. 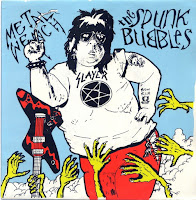 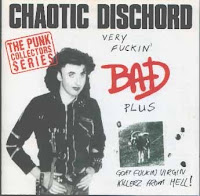 Chaotic Dischord made quite a ruckus throughout the 80's. This CD compiles their final two recordings. Obnoxious fun! 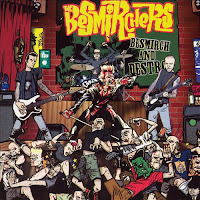 Bloody good punk rock from the desert today. The Pride of Tucson!

How Does It Feel To Be An Asshole?
Posted by Dr. Drunk at 7:34 AM No comments: 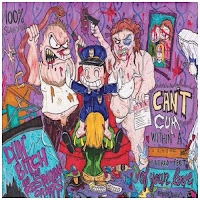 Today's rudeness comes courtesy of Lyin' Bitch & The Restraining Orders. Now this is what I'm talking about! I love these guys. Can't find much info about them out there, but I did find THIS on YouTube. Great stuff!

V/A - Straight From Hell - A Tribute To GG Allin 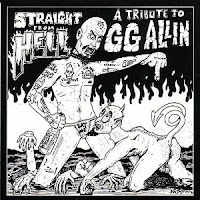 Ending our brief tour of GG (Editor's Note: ew!) is this tribute comp released in 1998. Intercourse With Evil
Posted by Dr. Drunk at 10:14 AM No comments: 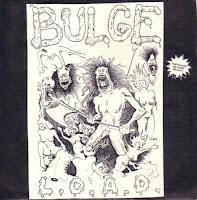 These Boston dirtbags released a few attacks on good taste in the late 80's and early 90's. This 3 song 7" is from 1993. Time to take a little trip to the ol' bunghole. 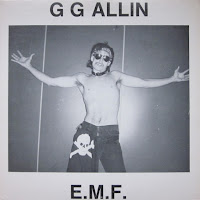 This month the 'O' in October stands for 'Offensive'! And what better way to start an offensive month than with the Madman of Manchester, our old pal GG Allin. Originally released in 1987 with a horrible cover, this re-issue was put out in '89 with 3 extra tracks and a more tasteful cover. And on the back, this note:

"First of all this LP is not for the squeamish. GG wrote and recorded this classic after his inevitable divorce and break-up of his band, The Jabbers. Feelings displayed on this vinyl are anger, lust, betrayal; well, just listen to it. Retreating to the northern woods of Vermont and recurring daily intoxication, GG recorded E.M.F. This is a reissue and due to record company pressure, the original cover has been scrapped due to its pornographic nature. Fortunately the music is as it always was, is and always shall be."

By the way, does anyone have the following GG releases? I'd like to add them to my collection.
GG & The Carolina Shitkickers - Layin' Up With Linda 7"
GG & Evan Cohen - I Was A Murder Junkie, The Last Days Of GG Allin
or the split GG tribute:
Meatmen/ANTiSEEN - The Tribute With Two Heads 7"
Thank you!!

Wow, not bad! I've already recieved 3 copies of Linda and one of the Last Days. You people just treat me too damn good! Thank you all!!