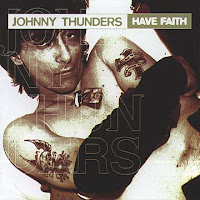 We end the month with a version by the guy that was credited with writing the 1975 song until well after his death. As the story goes, Johnny didn't have a hand in the actual writing of the song. But it's no denying he and the Heartbreakers made it their own. So, this isn't the Heartbreakers, but it's Johnny and his own band rocking out live in Japan in 1988.

Everything Is In A Pawn Shop
Posted by Dr. Drunk at 7:25 AM No comments: 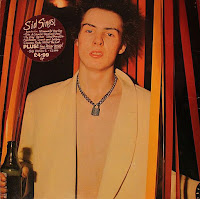 Another version from another punk icon. Our old pal Sidney even took a crack at Chinese Rocks during his drugged out Max's shows. Granted, he called it something slightly different. I always thought this album was a bit of a fabulous disaster. 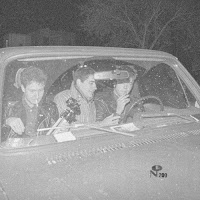 Ok, something a little different today. Savage Young Dü is the fantastic 3 disc set released late last year. I've decided to only post one of the discs, simply because hell it's only been out a few months. I try not to post anything too soon after its release. I'm not an animal!

Anyway, we unfortunately lost drummer Grant Hart not too long ago as well. Although I can't say I was much of a fan of their 'indie' stuff it's hard not to admit they were an incredibly influential band for both indie and punk. This collection is outtakes and live stuff from their early days. Well worth the price of admission. This disc (#1 for those keeping score at home) has 22 great tracks of indie, punk and hardcore, including.... 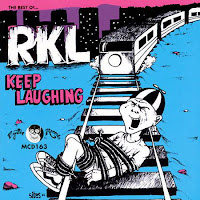 The Rich Kids on L.S.D. began in the early 80's as Nardcore superstars. In the late 80's/early 90's they became crossover gods. And in the aughts they started dying. This collection, or at least part of it, was released in 1985. When it was re-released in 2001 it became a 'Best Of' collection.

I'm Livin' On Chinese Rock
Posted by Dr. Drunk at 7:17 AM No comments:

V/A - Gabba Gabba Hey: A Tribute To The Ramones 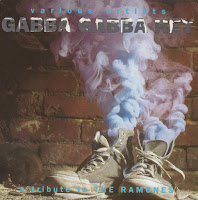 Time for a repost here. There have been countless Ramones tributes over the years, and rightfully so. But for my money, this is the go to tribute. A great collection of all the hits, including punk legend Jeff Dahl's version of that one song.

V/A - Born To Lose: A Tribute To Johnny Thunders 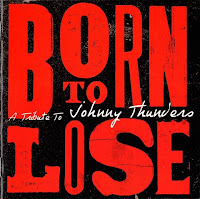 Now that we got that nonsense out of the way let's continue with our month of Chinese Rocks. Today we have the absolutely massive 3 disc tribute to the late great Johnny Thunders. All the classics are here, and then some. And our favorite song is found really close to the end, covered by S.F.A. 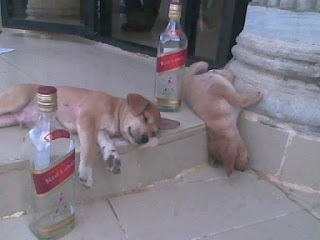 Well, Chinese New Year that is. Today marks the beginning of the Year Of The Dog. And to celebrate I've been posting as many Chinese Rocks cover versions I could find. That punk rock standard penned by the duo of Dee Dee Ramone and Richard Hell way back in 1975. A true classic. And there are plenty of cover versions. In fact, so many that I've decided to pop a few extras right here.

From all over North America. The North:

and the South:
Arañas

From the East:
Mudd Helmut
And the West:

The Roulettes
And even smack dab in the middle:
Klusterfux

But don't think North America was the only place you could hear a cover version. You can also find versions from Norway:
The Carburetors
From Ireland:
The Groundlings
From Italy:
Mondo Topless
And France:
Freddy Lynxx

It's been covered by people you've heard of:
The Coverups (Green Day)
And people you haven't:
Ricky Loser
By old friends:
Class Of '76
And new faces:
Junfers
And there is even this version:
Phew

And although this guy had a hand in writing it:
Richard Hell
And so did this guy:
Dee Dee
These guys made it a classic:

So there you have it, kids. My tribute to one of the best punk songs ever written. Also, Happy Chinese New Year! 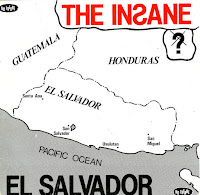 A little UK82 action for you today. The Insane had a handful of releases to their credit. This one from 1982, so I guess that makes it LITERALLY UK82. Was the title track covered by someone else? I want to say yes, but just can't place it. Anyway, good 7".

And by the way, this post is the last chance to guess this month's theme before I tell you. Here's a hint, I'm telling you the theme on Friday for a very good reason. I really didn't think this would be so ruff. Any previous guesses have been barking up the wrong tree. 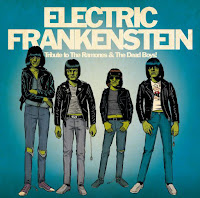 Might as well finish off the weekend with another tribute release. And yes the Ramones are involved... AGAIN! But this time, so are the Dead Boys. Electric Frankenstein have been kicking ass since around 1991. Love these guys

Gonna Beat Up The Next Hippie I See 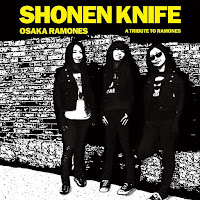 Another Ramones tribute today. This one from the Far East. The lovely and talented Shonen Knife have been rockin' and rollin' for damn near 40 years. While they might not be everyone's cup of green tea, they are a consistently fun act. Here's their 2011 tribute to the boys from Queens. And before you say 'the theme is the Ramones!', no it isn't. 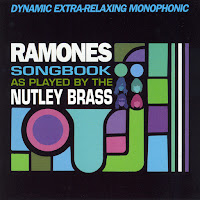 There are plenty of Ramones tribute albums out there. But not many are as unique as this one here. Not really sure about how or more importantly why the Nutley Brass came to be, but they certainly are unique.

Dynamic Extra-Relaxing Monophonic
Posted by Dr. Drunk at 7:15 AM 1 comment: 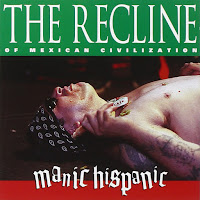 Man I love this band. Here they take on 12 more punk and hardcore classics, putting their own "barrio spin" on them. 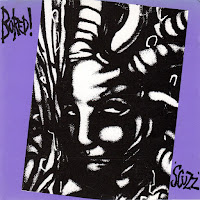 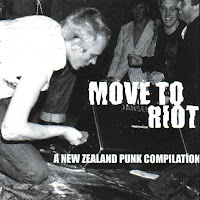 Today we have a huge collection from the land of the kiwi. Actually released around the turn of the century, it features 24 bands from the late 70's and early 80's. Lots of different early styles of punk and new wave.

Once again, as I said yesterday, thanks to everyone that gave ideas for themes. I will use them, just not this month. I came up with what I thought was a better idea. I'm not going to tell you what the theme is. At least not yet. You'll need to figure that out on your own. And, for the one or two of you that actually pay attention to this nonsense, you're going to think you know the theme after 3 or 4 posts. But maybe you don't.... 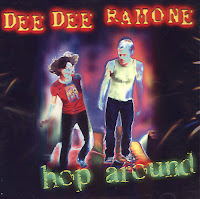