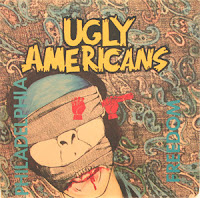 The month ends in North Carolina. Although N.C. can't claim a massive scene there were some damn good bands that came from there. So, I really liked the 1984 debut from the Ugly Americans. Their second release the following year took a step back. And in my opinion this 7", released by Simon Bob and the boys in 1986, was the final blow. It's goo but unfortunately not great. 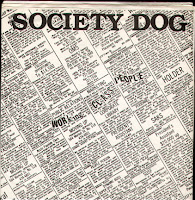 Going way back for this one. San Francisco's Society Dog only release a couple 7"s in their day, which is a damn shame. Thankfully members went on to do more great things. They reformed in the 90's, obviously without original singer John Christ. Does anyone have their "revival" cd from 1998? I'd be interested to hear it. 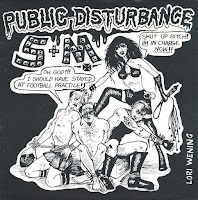 Nothing wrong with a little S&M on a Sunday morning, right? These scumbags from New Jersey (I think) didn't release alot of stuff. Just this 7" and a full length, both in 1983. I haven't heard the full length but this is good sleazy punk rock.

We The Living - Carnival Of Vice 7" 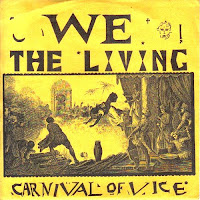 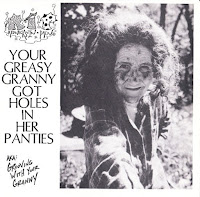 We land back in the states today. More specifically, smack dab in the home of the Grand Ole Opry. I'm guessing this band never actually made it to that stage during their two or three year history in the late 80's. Crazy hardcore!

Slobber Monsters
Posted by Dr. Drunk at 7:09 AM No comments: 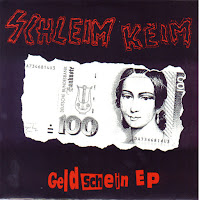 Ok, back to normal (I hope). We have one more stop abroad before heading back to the states. And this stop is on the other side of the Berlin Wall. Schleim Keim recorded these tracks in 1986, but were unable to release them until 1993. Three COMPLETELY different sounds.

Apologies for screwing up my normal routine. Here's what would've been missed. 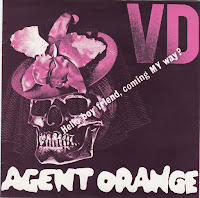 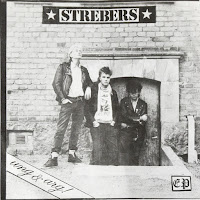 So here's another one of those bands that I love but probably would've never heard were it not for the digital age and punk blogs. Strebers were from Sweden and unlike other Swedish bands (Crude S.S., Mob 47, Anti-Cimex) they stayed closer to the punk side of things. Really great stuff. This is their 1985 debut. 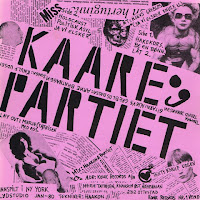 Off to Norway now for some bass-heavy punk rock. Released in 1980. To my knowledge this is pretty much it from them. 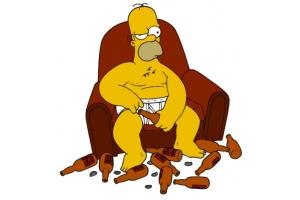 No surprise, I've been absolutely terrible at fulfilling requests for re-ups and such. Look for me to do that real soon. (yeah, right!)
Posted by Dr. Drunk at 8:31 AM 2 comments: 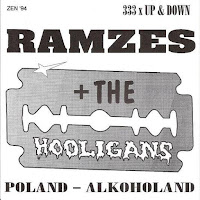 After the weekend we just had I think it best to leave the country for a while. We'll spend today drinking in Poland. Entertaining Polish punk/Oi! with a serious Ramones influence.

Robotnik
Posted by Dr. Drunk at 7:32 AM No comments: 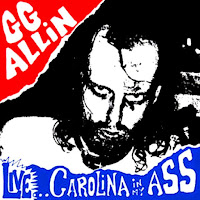 And what is one thing the last two bands have in common? GG Allin, of course. At one time or another both bands backed up GG. And since we've been crawling through the gutters this weekend we might as well end in GG's ass, right? Here's the 1990 release from an NC show GG did in '87 with backing band the Primates.

We're Not Ashamed Of The Things That We Do
Posted by Dr. Drunk at 12:30 PM No comments: 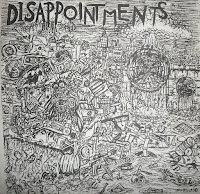 The Disappointments were four scumbags from Michigan. Their 1987 7" delivers 21 (!) blasts of quick depravity. 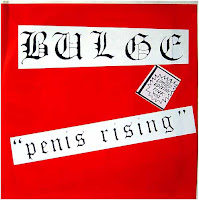 Let's spend the weekends in some U.S. gutters. When Boston hardcore band Psycho were not busy being, well, psycho, they sometimes dressed goofily and became scum punk band Bulge. Here's an 11 song 7" from 1991.

All Together Now - Fartmaster!
Posted by Dr. Drunk at 7:21 AM No comments:

Eddie And The Subtitles - Fuck You Eddie 7" 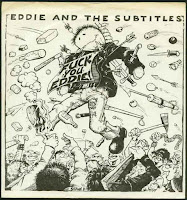 To be honest, I never really knew a lot about Eddie & The Subtitles back in the day. Not sure why. However, I always loved the bands name. Again, not sure why. Anyway, a small amount of research has told me they were quite the influential Orange County outfit. And a quick listen to their debut single will tell anyone this is a damn classic.

Don't Want To Drown In American Society
Posted by Dr. Drunk at 7:09 AM No comments:

Crass - Sheep Farming In The Falklands 7" 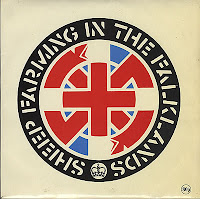 And then there's Crass. Might as well end our Anarcho-Weekend with the top of the heap. I don't think any band personified Anarchy more than Crass. Here's one of their numerous singles, from 1983. 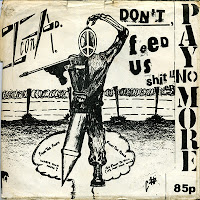 Another English band flying the "anarcho" flag in the early 80's was Icon A.D. They didn't have too much recorded output, but what they did release is listenable. This is their debut from 1982. 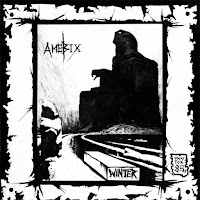 Amebix were quite the influential UK "anarcho/crust" band. This is their second single, released in 1983.

Looks Like The Beginning Of The End
Posted by Dr. Drunk at 7:07 AM No comments:

Middle Class - Out Of Vogue 7" 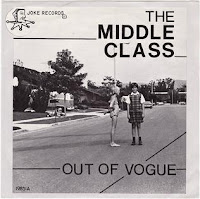 Once again it's time for our yearly installment of 7 Inches Of Summer! And we start way back at the beginning. Often credited as the first hardcore record ever released, Middle Class put this bad boy out in 1978. And it's still a fun listen today.