Raw Power - After Your Brain 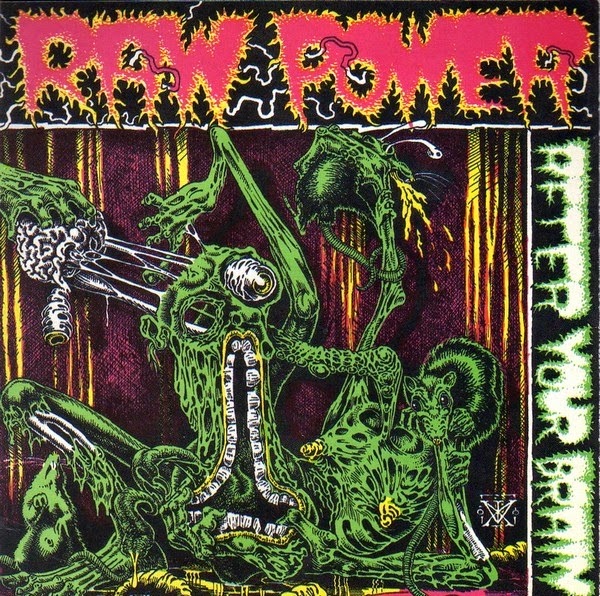 Well, we started the month in Italy and made a stop in the middle of the month in Italy. So there's no reason not to end the month in Italy as well. And we do it with Raw Power's 1986 release. I can't use the word 'mellowed' to describe them. 'Matured' maybe? Don't get me wrong, it's still Raw Power. There's just not the ear-splitting chaos from their earlier releases. There's more of a controlled chaos. Regardless, Raw Power is always entertaining and this LP is well worth a listen. 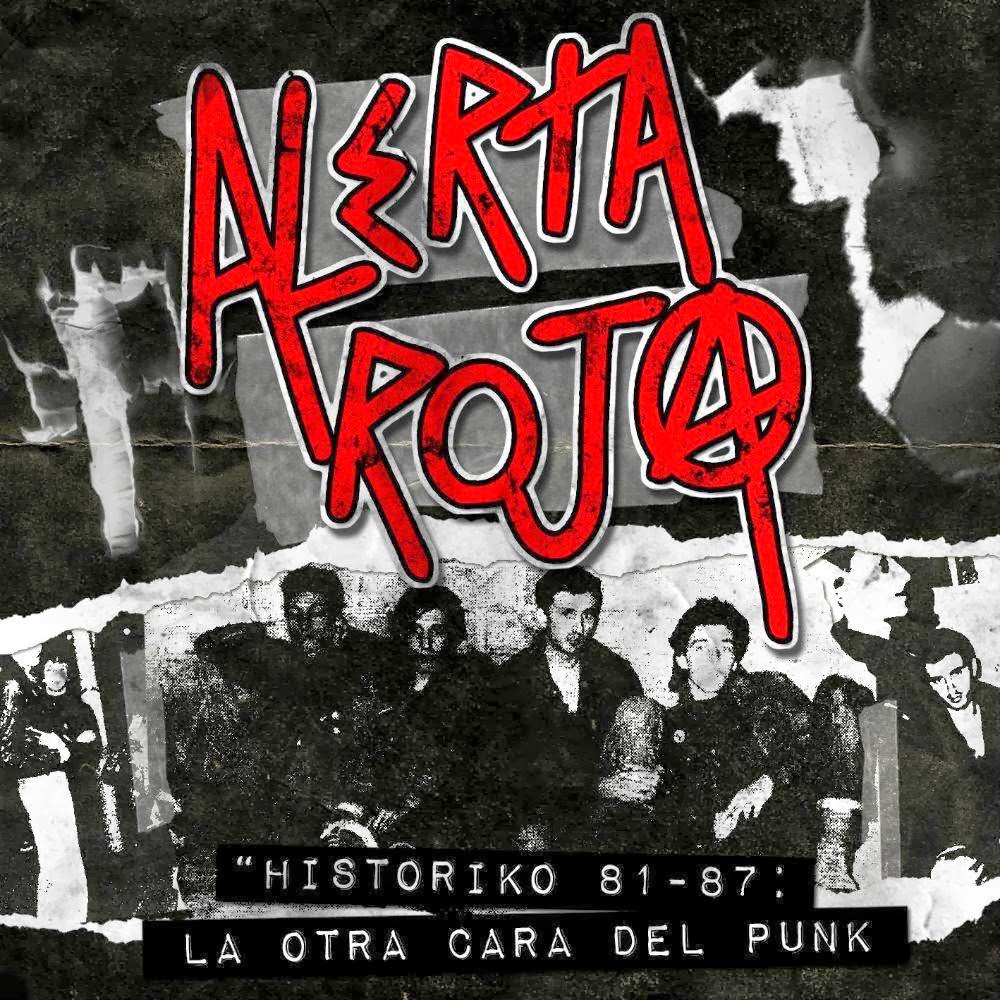 Alerta Roja was one of the first Argentine punk bands, starting in 1981. And that's really saying something, considering Argentina was under a military dictatorship at the time. This is a great collection of what I believe is all their recorded material.

Aburrimiento Nacional
Posted by Dr. Drunk at 7:59 AM 4 comments: 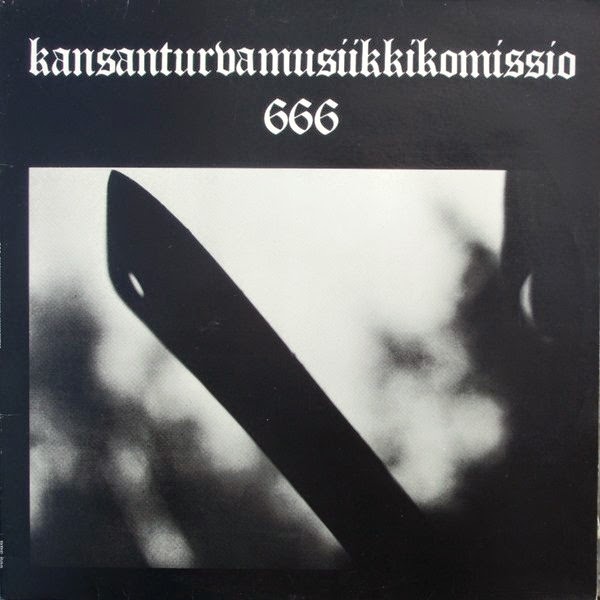 KTMK stands for Kansanturvamusiikkikomissio, which I believe translates to "really long fucking word". Anyway, KTMK are anything but your typical Finnish hardcore assault. I'm reminded of Killdozer, albeit with a more hardcore edge. Very entertaining stuff. 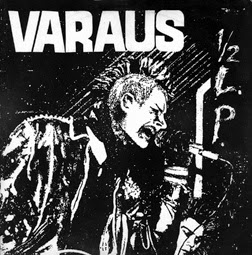 Varaus, from Finland, released this cleverly titled one sided 12" in 1982. And no surprise... it rips!

Systeemin Uhri
Posted by Dr. Drunk at 12:08 PM No comments: 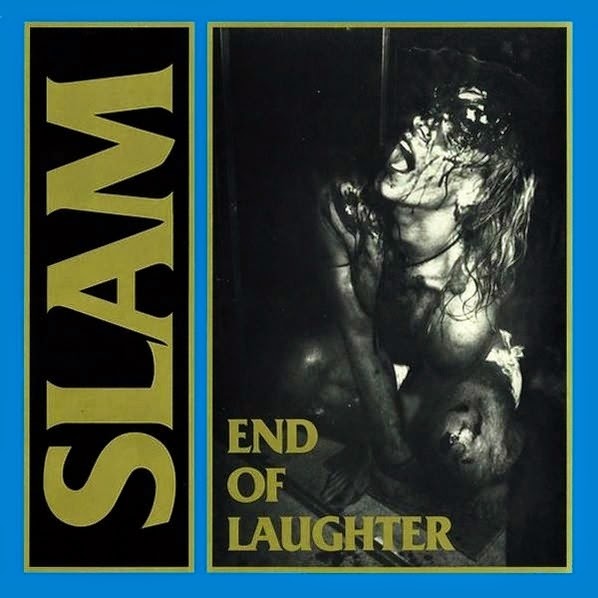 We begin our Scandinavian weekend with Swedish skate kings Slam. This is their final LP, from 1987.

Elchock
Posted by Dr. Drunk at 7:08 AM No comments: 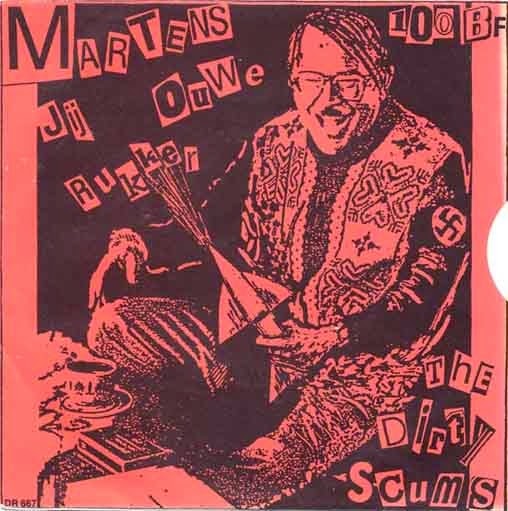 Belgian punks The Dirty Scums started (I'm guessing on a drunken night) in 1981. And they've managed to keep it going in one form or another over 30 years. Not bad for a bunch of scumbags, right? Two angry shots at (I believe) Belgium's former Prime Minister.

Rukker En Klootzak
Posted by Dr. Drunk at 7:14 AM 1 comment:

Sadly we must leave behind the Land of the Rising sun now, and make a quick stop Down Under. To my knowledge this is all we're going to get from Black Sheep. I don't believe they released anything else. But they do give us some good Aussie hardcore with definite 'anarcho' leanings. I'm guessing Rudi Peni were a big influence.

Sponge Brain
Posted by Dr. Drunk at 7:47 AM No comments: 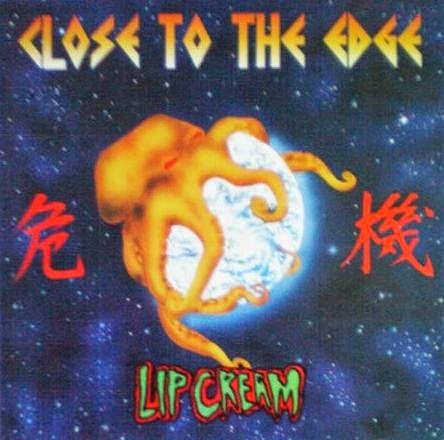 Well, if yesterday was ramped up like a punch to the head, today is a boot to the throat! The great and powerful Lip Cream from 1988. Thrash Til Death, baby! 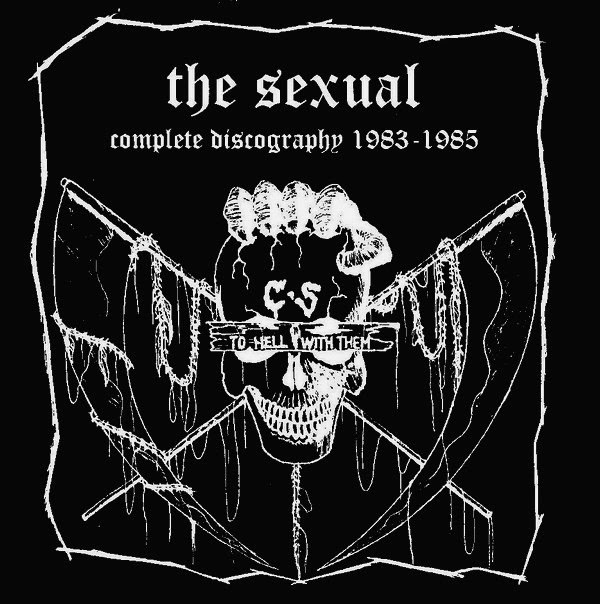 OK, let's ramp it up a bit today. The Sexual weren't around for too long but they made their mark. Like a punch to the side of the head! Heavy on the D-Beat. Heavy on the "Hell Yeah!" 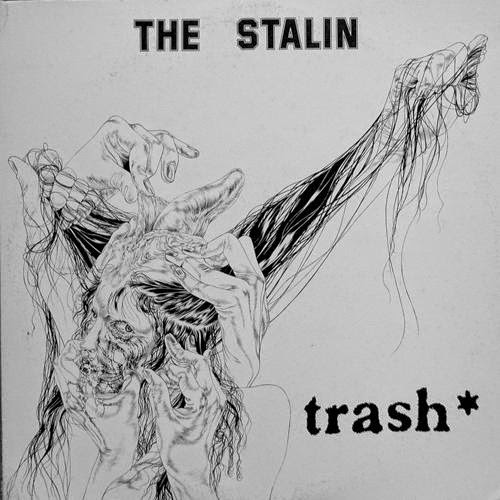 What would a trip overseas be without a weekend stop in 1980's Japan? Here's the Stalin's tremendous full length debut from 1981. Great Japanese punk rock. 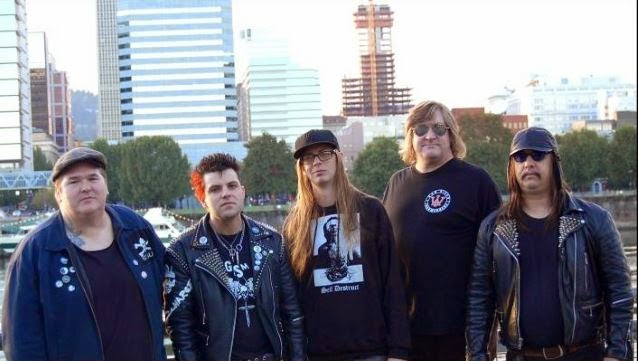 I recently acquired the brand spanking new Poison Idea release and I can say unequivocally that the Kings of Punk are back!! The release date says 2015, but you could easily slap 1989 on it and never know the difference. Jerry A has finally assembled a crew worthy of the name Poison Idea. Find it! I got mine over at FPFTP.
Posted by Dr. Drunk at 8:08 AM No comments: 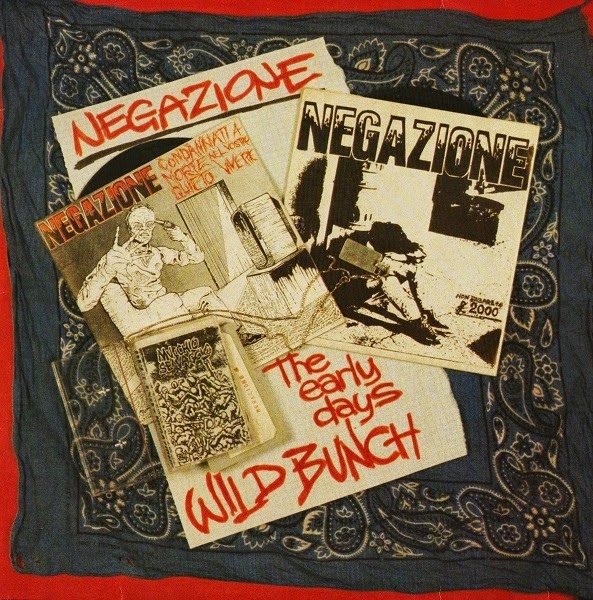 It was brought to my attention a while back that I've completely ignored one of the most powerful Italian outfits ever. For Shame!! Well, that problem is finally solved with this blast that contains some of their early ear-splitting releases.

Ancora Qui
Posted by Dr. Drunk at 7:20 AM No comments:

So, East German punks Schleim Keim started in the early 80's but didn't officially release anything until the 90's. They did however record. This compilation contans recordings between 1984-87.  And, if you bought the L.P. back in 2000 you also got a bonus 7", originally released as a split when they went under the name Sau-Kerle. Really entertaining raw hardcore. 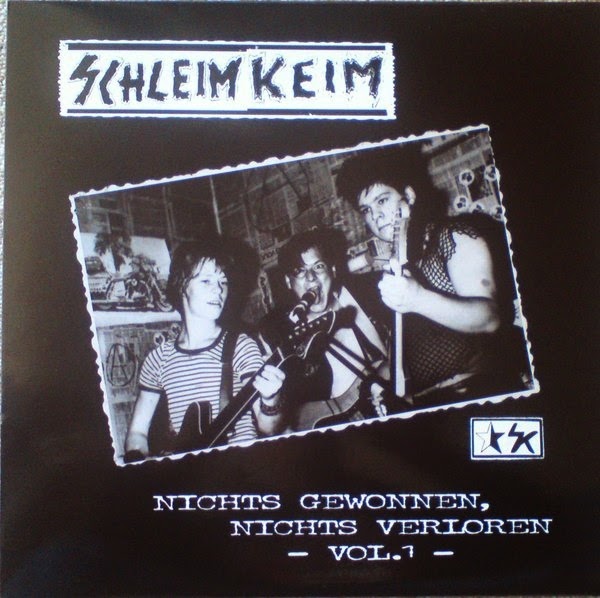 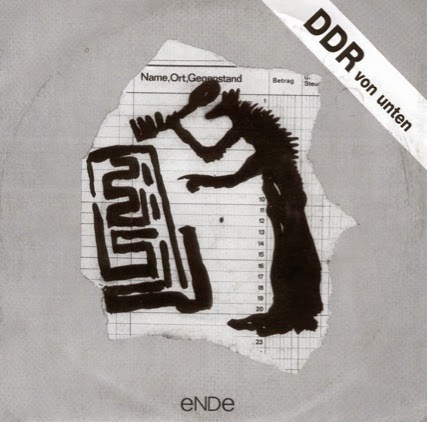 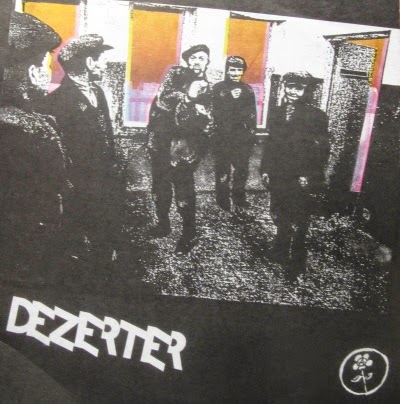 Dezerter started in the early 80's and other than short breaks have kept going until today. This L.P. was released in 1987 and they play with different styles, hardcore, punk, post-punk and maybe even a little new wave. 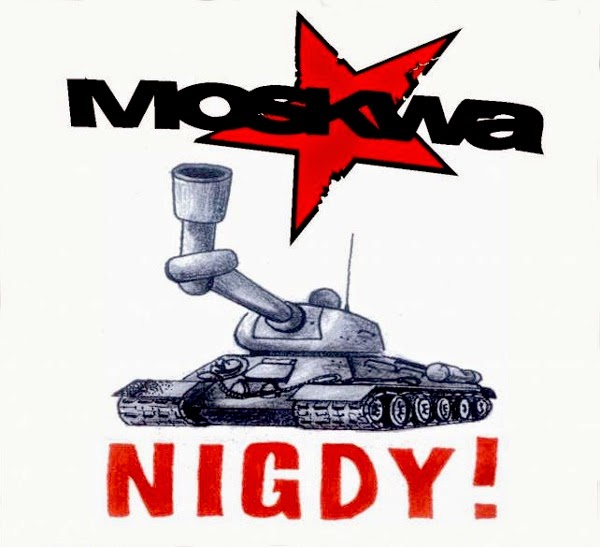 Our weekend in Poland now brings us Moskwa. Originally formed in 1983. This is their excellent debut, originally released as a cassette only in 1986. And in other formats long after that.

Wstawaj I Walcz
Posted by Dr. Drunk at 10:59 AM No comments: 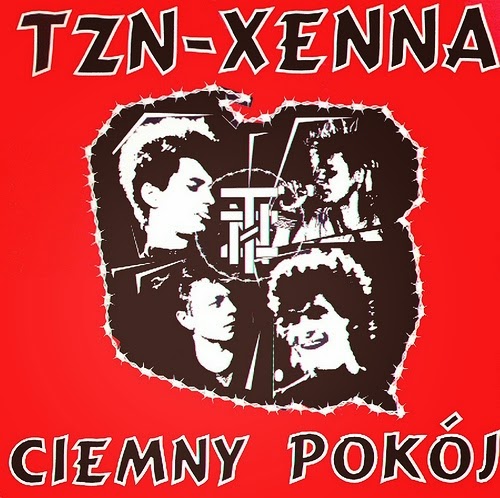 Although I wasn't exposed to it until the age of the music blogs, I've developed quite an interest in punk bands behind the Iron Curtain. Here's one of the first Polish punk bands. TZN Xenna existed between 1981-1987. This 2000 cd compiles recordings from their entire run. 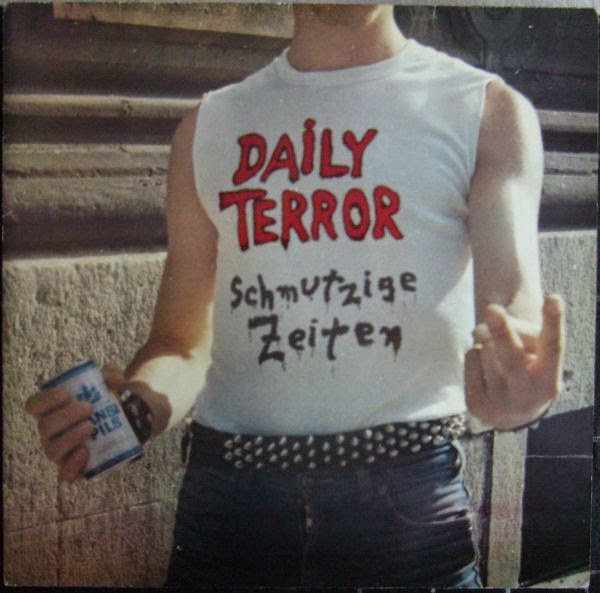 Daily Terror formed in Germany in 1980 and continued through the turn of the century. This is their first full length, from 1982. Good early 80's punk. 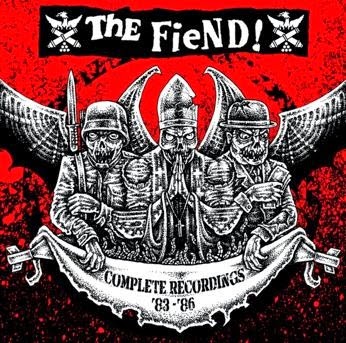 Remember Who We Are
Posted by Dr. Drunk at 7:12 AM No comments:

The Sinyx - Britain Is A Mausoleum 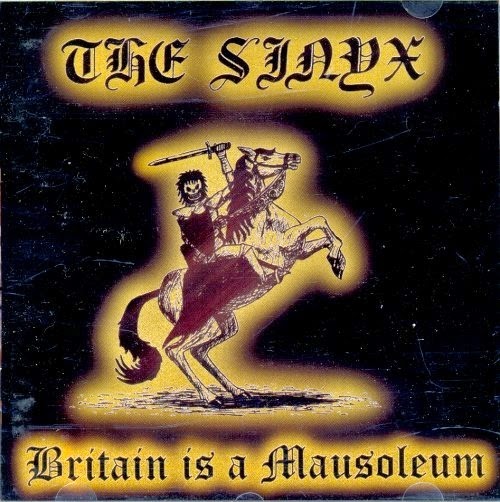 My original exposure to The Sinyx was the wonderfully blasphemous track 'Mark Of The Beast' from a Bullshit Detector comp. Here's their complete collection. Angry anarcho stuff.

Bombs For Mental Health
Posted by Dr. Drunk at 11:39 AM No comments: 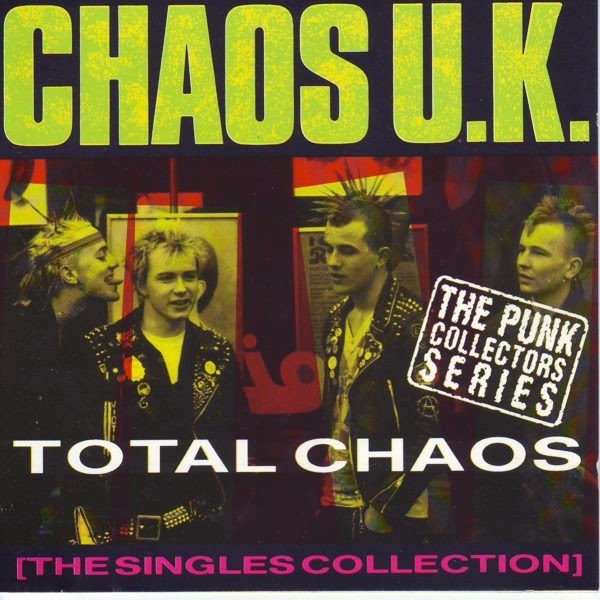 Here's something this blog has nowhere near enough of - Chaos U.K.! They've always been good but this early stuff kicks serious ass! 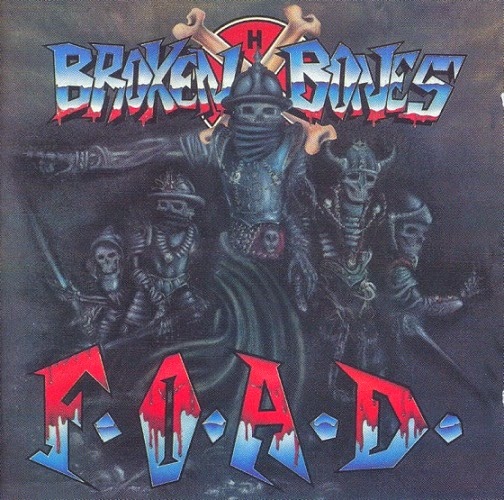 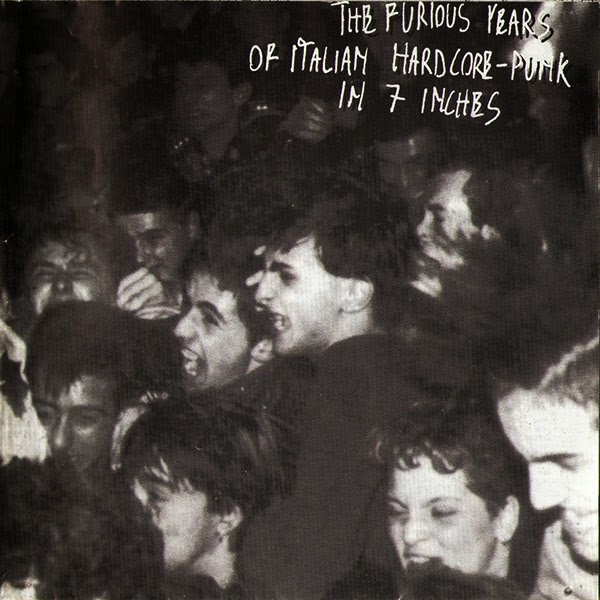 What? Was Italian hardcore 'furious'? Damn right it was!! Like a boot to the face! This 1996 CD compiles seven 7" E.P.s originally released between 1982-1984.There's some really powerful stuff on this comp. Thank you, Ash!!

And yes, you guessed it. Since we spent last month in the states we're spending this month overseas.